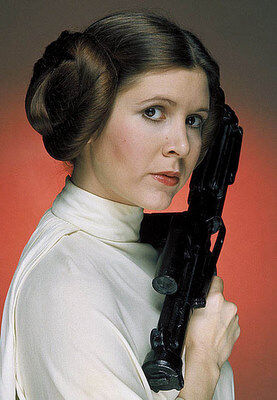 As the youngest senator in the Galactic Senate, the adopted daughter and Princess of Alderaan, also was secretly a key leader in the Rebellion. With the dissolution of the Senate came her time to act and she was involved in the smuggling of the stolen plans of the Death Star. This act led to her capture at the hands of Grand Moff Tarkin and Darth Vader, and her imprisonment on the Death Star. Her rescue, which involved a trip into the trash compactor and a chasm swing, also led to the forming of one of the most famous trios in the galaxy. Han Solo, Luke Skywalker and Princess Leia began their rise to fame with the destruction of the first Death Star and continued to become stronger leaders of the Rebellion as the fight continued.

Princess Leia has appeared in the Galactic Heroes line [?] times

Retrieved from "https://hasbroheroes.fandom.com/wiki/Princess_Leia?oldid=14841"
Community content is available under CC-BY-SA unless otherwise noted.